Why do we have an appendix? 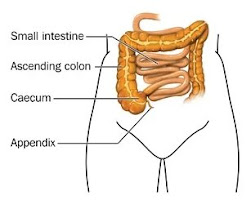 Knowledge of the appendix dates back to the 1500s when anatomists identified it, but could only guess at its purpose. However, they did know that it could become inflamed and cause serious disease.
In 1735, Dr. Claudius Amyand performed the world’s first successful appendectomy, at St. George’s Hospital in London. The patient was an 11-year old boy whose appendix had become perforated by a pin he had swallowed. General anesthesia was not available until 1846, so it required a lot of assistants to restrain patients during what must have been very painful.
Surgical treatment for appendicitis began in earnest during the 1880s. However, doctors were not sure who should be operated on because some patients recovered without surgery. Even today the causes of acute appendicitis have not been identified and nobody knows why the appendix will rupture in some patients and others recover.
In 2007 researchers offered a compelling case for the function of the appendix (sort of)...it appears to play a role in both the digestive and immune systems by acting as a storehouse for good bacteria. These bacteria come into play when the gastrointestinal tract loses its beneficial gut flora.
Recently researchers are revisiting the question of whether antibiotics are just as effective as surgery. In the 1940s and 1950s, doctors in England began treating patients with antibiotics with excellent results. In the Navy men on submarines received antibiotics and patients reportedly did well.
What does the appendix do? Is it really redundant and useless, a remnant from eons ago that human development? Now, scientists know that your appendix actually has a purpose.
Many bacterial microorganisms are found in the stomach and intestines. These are good bacteria that help to break down food and stave off the growth of bad bacteria and the good bacteria also play a critical role in producing vitamins and hormones needed by the body.
Before modern medicine and public health, people suffered from cholera or dysentery. One of the symptoms is severe diarrhea in which literally everything, including the good bacteria, gets empties out of the gut.
The new theory (theory, not fact) is that the appendix acts as a safe haven for good bacteria. After intense diarrhea, the appendix repopulates the intestine with the good bacteria before harmful bacteria finds a home there.
When it comes to the appendix, we are not alone; humans aren't the only ones with an appendix...about 533 mammal species have one.
The theory is that in this hygienic society we live in immune system isn't constantly being challenged by parasites or disease-causing organisms. With no need to function regularly, the appendix may become blocked or overreact when it is required to function which causes it to become inflamed. Removing the appendix has no known negative effects, but without an appendix people may take longer to recover from an intestinal infection, but we have antibiotics.
Circumstantial evidence makes a strong case for the role of the appendix, but the bottom line is nobody REALLY knows what the purpose of the appendix is.

Symptoms of appendicitis
Posted by Tartajubow at 5:11 PM