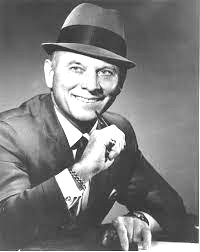 The Cleveland Indians Hall of Fame is full of people whose departure from the team was not of their own volition. i.e. they got fired.
Lou Boudreau was fired as a manager and released as a player. Rocky Colavito was traded by a general manager who had a pathological need to make transactions. Manager Mike Hargrove was fired. Broadcaster Jimmy Dudley, another Indians Hall of Famer, holds a special place in the hearts of Indians fans of his era, was also unceremoniously fired.
James Dudley was born in Alexandria, Virginia in 1909, and graduated with a degree in chemistry from the University of Virginia, where he played football and basketball. Dudley went to work for DuPont, but in 1937, took a job at a radio station in Charlottesville, Virginia. He ended up announcing games for the Chicago White Sox and the Chicago Cubs. At the time popular announcers were Southerners: Red Barber, Mel Allen and Ernie Harwell.
After serving as a pilot in the U.S. Army Air Forces during World War II, Dudley was heard by an official at Erin Brew (a beer company), then the sponsor of Cleveland Indians broadcasts. At the time announcers were often so associated with the beer companies that if the brewery that sponsored the games changed so did the announcers.
On radio Dudley was paired with Jack Graney, a member of the Indians’ championship 1920 team and believed to be the first player to go into the broadcast booth. After Graney retired in 1953, Dudley was paired with Ed Edwards for two years and Tom Manning for one. Dudley also called games for the Cleveland Browns and Baltimore Colts, as well as Ohio State football. Dudley called the 1954 World Series and All-Star Game for the Mutual network, and 1961's first All-Star Game for NBC Radio.
Dudley was known for his friendly, homespun style and his signature catchphrases: “Hello, baseball fans everywhere” was his opening line and he always signed off with, “So long and lotsa good luck, ya heah.” A full count on a batter was described with the phrase "The string is out" and home runs were described with a hearty. "That ball is going...going...gone!" When a batter struck out it was, "A swing and a miss! He struck him out."
Dudley did commercials for the Aluminum Siding Corporation, whose phone number of “Garfield 1, 2-3-2-3” is known to anyone who lived in Cleveland through the 1980s.
Beginning in 1957, after his broadcast partner retired, Dudley was paired with a rat named Bob Neal, who had called Browns games for radio and television since 1946. Dudley and Neal hated each other to the point that they wouldn’t even talk to each other on the air.
After the 1967 season, in a power play Neal forced Dudley out and Dudley was replaced in the radio booth by former Indians pitcher Herb Score, who had been calling games on television for the previous four years. Score would go on to be the radio voice of the Indians for 30 years.
Dudley was incensed by the move, which came shortly before spring training, not allowing him time to latch on with another team. “I consider it a kick in the teeth and a lousy thing to happen after all the years I have been with the Indians,” he was quoted as saying. He also stated, “When I left Cleveland last month I understood everything was OK. If they had let me know at the end of the season that I wasn’t wanted, then I would have had time to get another job in baseball broadcasting. Now, it’s too late.”
In 1969, Dudley landed a job the Seattle Pilots. After the Pilots moved to Milwaukee to become the Brewers, Dudley called minor-league games in Arizona, where he made his home and games for the University of Arizona, but his major league career was over. Dudley received the Ford Frick Award from the Baseball Hall of Fame in 1997, two years before he died in Arizona at the age of 89.
Bob Feller. Indians Hall of Fame pitcher said, “There was not a better baseball announcer than Jimmy Dudley."
Posted by Tartajubow at 8:16 AM