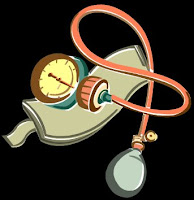 According to the National Heart, Lung and Blood Institute a major U.S. study shows treating high blood pressure more aggressively than usual cuts the risk of heart disease and death in people over age 50.
Patients who got their blood pressure well below the usually recommended level significantly cut their risk of heart disease and death. The benefit was strong enough that NIH stopped the study about a year early. Doctors have long debated how low blood-pressure should be, especially as they get older and this report indicate that lower is better and as a result, treatment strategies will likely be altered with the result that a significant amount of lives will be saved.
According to the World Health Organization, worldwide, raised blood pressure is estimated to cause 7.5 million deaths, about 12.8% of the total of all deaths. Elevated blood pressure levels have been shown to be positively related to the risk for stroke and coronary heart disease. In some age groups, the risk of cardiovascular disease doubles for each increment of 20/10 mmHg of blood pressure, starting as low as 115/75 mmHg. Complications of elevated blood pressure include heart failure, peripheral vascular disease, renal impairment, retinal hemorrhage and visual impairment. Treating systolic blood pressure and diastolic blood pressure until they are less than 140/90 mmHg is associated with a reduction in cardiovascular complications.
Globally, the prevalence of elevated pressure in adults aged 25 and over was around 40% in 2008. In areas of WHO access, raised blood pressure was highest in Africa, where it was 46% for both sexes combined. The lowest prevalence of raised blood pressure was in the region of the Americas at 35% for both sexes. In the United States about 1 in 3 adults have high blood pressure.
Normal blood pressure is less than 120 over 80. High blood pressure is diagnosed once that measurement reaches at least 140 over 90. Of those patients with high blood pressure only about half have it under control. Only about half of diagnosed patients have their blood pressure under control.
The National Institutes of Health sponsored a nationwide study to test starting in 2010 with more than 9,300 high blood pressure patients where half received an average of about two medications with the goal of lowering their systolic pressure below 140. The other half received an average of three medications with the goal of getting below 120. The more aggressively treated patients saw their risk of death drop by almost 25 percent compared to the less controlled patients. And rates of cardiovascular problems dropped by almost 30 percent in the better-controlled group. Researchers wouldn't give information about side effects until the full study is published in a scientific journal by year's end, but preliminary results suggest treatment was well tolerated.
One question is whether older patients need to get their blood pressure as low as middle-aged patients do, or if doing so increases the seniors' risk of side effects including falls. Last year a panel sparked debate by recommending that the treatment target for patients over 60 be a systolic pressure of 150. Researchers will continue tracking participants to see if kidney disease, brain function and dementia were affected by more aggressive care.
Most doctors said blood pressure of 120 over 80 was desirable, but that 140/90 was a commonly used target. The new research advises people with high blood pressure to keep their “systolic” pressure - the top number in the reading - at 120 or below. Clinical guidelines have commonly called for systolic blood pressure of 140 for healthy adults and 130 for adults with kidney disease or diabetes. 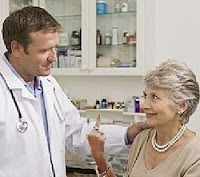 That doesn’t mean that doctors will suddenly begin prescribing blood pressure medication to everyone older than 50 with systolic pressure above 120 because physicians will make individual decisions for each person that include consideration of age and health and the possible impact of lifestyle changes and medications.
Nobody likes taking more medicine and it’s hard to get patients to stay on the medicines they’re on now and it's even harder to get patients to change their lifestyle. If someone is eating foods that are bad for their blood pressure, drinking too much alcohol or smoking or not exercising, doctors cannot compel them to do so.


1. Lose extra pounds
2. Exercise regularly
3. Eat a healthy diet
4. Reduce sodium in your diet
Even a small reduction in the sodium in your diet can reduce blood pressure by 2 to 8 mm Hg.
The effect of sodium intake on blood pressure varies among groups of people. In general, limit sodium to less than 2,300 milligrams (mg) a day or less. However, a lower sodium intake — 1,500 mg a day or less — is appropriate for people with greater salt sensitivity, including: African-Americans, Anyone age 51 or older, Anyone diagnosed with high blood pressure, diabetes or chronic kidney disease

To decrease sodium in your diet:
Read food labels. If possible, choose low-sodium alternatives of the foods and beverages you normally buy.
Eat fewer processed foods. Only a small amount of sodium occurs naturally in foods. Most sodium is added during processing.
Don't add salt. Just 1 level teaspoon of salt has 2,300 mg of sodium. Use herbs or spices to add flavor to your food.

5. Limit the amount of alcohol you drink
6. Quit smoking
7. Cut back on caffeine
The role caffeine plays in blood pressure is still debated. Caffeine can raise blood pressure by as much as 10 mm Hg in people who rarely consume it, but there is little to no strong effect on blood pressure in habitual coffee drinkers.

Posted by Tartajubow at 1:48 PM