Rant Against Spammers and Scammers 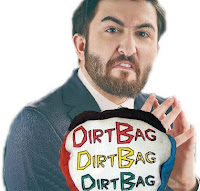 When it comes to telephone calls, a recent study of 20 countries revealed that citizens of India receive the most number of spam calls, averaging over 22 per month; the US came second with over 20 calls per user each month. The report stated that over half of India's spam calls (54 percent) originated from telecom operators who are seeking to provide special offers for free data or unlimited calls.
If you have a Blog things aren't much better. About 1 in 5 visits to this blog are from India and blogspam posts that promote commercial services available in India are common; I delete 2-3 every day.
Unfortunately Blogger does not allow me to block visitors, so such junk is an annoying fact of life. One can't complain too much though because the United States ranks just behind India in excrement appearing in the comment section, but wherever it comes from, it's annoying.
Here in the US, it seems that once you reach a certain age, robocalls increase. Apparently some people think that if a person is over a certain age they are nearing senility and are easy picking. My answering machine allows me to block 25 telephone numbers, but even that is not enough! As for the National Do Not Call Registry, it only stops legitimate businesses.
One trick robocallers are now using is that they no longer appear as 1-800 or 1-866 calls. The don't even appear as calls originating from another state...they appear as local calls. I got a couple yesterday that came up on caller ID as calls from my neighborhood. When I went on line to see who called from that number it was a number from a local steel mill. Calling the number back resulted in a recorded phone company message advising that the number was no longer a working number. Clever devils!
This is a fairly new trick. Scammers pick an area code, a prefix, and a random set of four numbers for the caller ID, then robocall everyone within that area code and prefix. The call looks local, and potential victims will be more likely to pick up thinking someone they know is calling. The next step is that caller ID is going to appear to come from a number you do recognize and you’ll probably pick up.
If you don't answer these phone calls they will eventually go away as they think it's a bad number ... but if you answer just once they know it's a good number and will call and call and if that doesn't work, they will call some more.

9-20-17
This post received two Spammer comments this morning. One from sravan rao of India regarding early signs of pregnancy, LIC online payment, airtel DTH and Gujarat Government Jobs. The other Spammer was Tony Quart linking to a site where one can supposedly take court action against Spammers like himself!  Savita Bhabhi post junk about Hollywood pictures.  Bradley Cooper...making plans for Valentine's Day.
Posted by Tartajubow at 8:32 AM