Who Makes the Laws?! 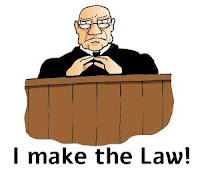 Today with many people and the media hollering for, among other things, stricter gun control laws or eliminating ownership altogether, I was amazed to discover this: in Kennesaw, Georgia owning a gun is technically required by law by every head of household residing in the city limits. Exceptions are made for heads of households who suffer a physical or mental disability which would prohibit them from using a firearm. While it may be the law, the police department says it isn't actually enforced.
A lot of the local population assume that the law dates back to the town's founding, but it was actually enacted in 1982 as a kind of a crime deterrent. It was enacted as a political statement when the city of Morton Grove, Illinois had passed a city ordinance banning handguns from their city limits. The Morton Grove law was upheld in 1984 by the Illinois Supreme Court.
The US Constitution’s Second Amendment reads: “A well regulated militia, being necessary to the security of a free state, the right of the people to keep and bear arms, shall not be infringed.” But the argument rages as to the meaning of the second amendment.

Supreme Court justice Antonin Scalia in 2008 wrote that the right to bear arms is not unlimited and is subject to reasonable prohibitions and regulations and subsequently federal court rulings have upheld existing gun prohibitions and regulations
Today judges themselves create legislation by their decrees for or against laws passed by state and federal legislatures and these judges, unlike representatives and senators, are not elected by the public; they are appointed.
Before rendering a decision they should conduct a thorough investigation into what the Constitution says about the legal question at hand, but they often ignore what it says.
In 2003, Supreme Court Justice Ruth Bader Ginsburg said that she and her fellow justices are now looking to international law to guide their decisions. Why? Her answer: because the US laws are out of step with the rest of the world and need to be changed.

Justice Stephen Breyer was asked if the Constitution will be sufficient to govern America in the future. He replied that it’s becoming more and more one world with many different kinds of people. And our Constitution may now longer fit in with the rest of the world.
When Justice Harry Blackmun wrote the majority opinion in the most controversial Supreme Court decision in history, Roe v. Wade concerning abortion, he cited the 14th Amendment's right to privacy.
What is in the 14th Amandment? I looked it up and it does not mention privacy.

Section 1 makes it illegal to deprive anyone of life, liberty or property without due process of law or deny any person equal protection under the law.
Section 2 pertains to electing representatives.
Section 3 prohibits people who have been involved in treason from serving in the military or holding Federal office.
Section 4 concerned the country's public debts.

Sometimes judges make rulings based on their personal whims, emotions and family problems. The Supreme Court has hijacked power. Legally, the Supreme Court only has jurisdiction over lower Federal courts, not all courts, and Congress. Congress could, if they wanted to, exercise its power to limit the jurisdiction of federal courts. Supreme Court justices are appointed for life, but legally they can also be impeached, just like presidents.
Today, Kennesaw, a town of about 33,000, has had one murder in the last six years and a violent crime rate of below two percent. But it's unclear whether that has anything to do with the gun law. City officials say their relationship with the community is a key factor in maintaining public safety. 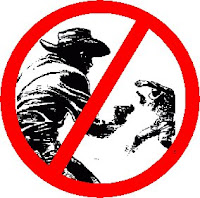 In spite of what the media might have people believe, Kennasaw is not the Wild West where everybody walks around with a gun strapped on and shootouts occur in the streets. It's strictly a home defense law. The law does present food for thought.

A 2016 study lead by epidemiologist Anthony Fabio of Pittsburgh's Graduate School of Public Health discovered that legal gun owners commit less than a fifth of all gun crimes.
The researchers were primarily interested in how legal guns made their way from a legal purchase from a firearm dealer or a private sale to an illegal gun used in a crime. After all almost all guns start out as legal.
Many stolen guns weren't reported by the owners as stolen until after police contacted them when the gun was used in a crime. One of the more disturbing findings was that 62 percent were cases in which the legal owner lost possession and didn’t know how, when or where. Surprisingly, only 10 states and Washington DC have laws requiring owners to report stolen guns! Also, in may cases a person purchased a gun from a dealer without disclosing that they're buying it for someone else and that is illegal under federal law.
It seems the facts don’t support the idea that strict gun control laws are the answer.  However, given the above facts about owners not knowing or reporting stolen guns, it would seem that some training for gun owners should be mandatory.
I have both a pilot's license and a driver's license and before getting either I was required to be tested to demonstrate a minimum level of proficiency in their operation, plus a test was administered to make sure I knew what the laws were when it came to operating both.
Back when we purchased our cat, they wouldn't sell her to us until we filled out a form demonstrating we knew something about the responsibilities of owning a pet.  Not so when it comes to guns.  Strange.
Posted by Tartajubow at 1:20 PM