This explains a lot... 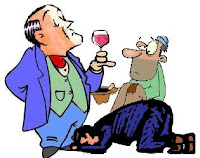 These days we are seeing a lot of strange and seemingly irrational behavior from our President and many of his supporters and much of it can be explained by the following article.
In a recent review paper published in the Journal of Social and Political Psychology, Psychologist and UC Santa Cruz professor Thomas Pettigrew argues that five major psychological phenomena can help explain ascent and self-proclaimed invincibility of President Donald Trump. Here is the gist of a Psychology Today article on the subject.
1. Authoritarian Personality Syndrome
This refers to the advocacy or enforcement of strict obedience to authority at the expense of personal freedom, and is commonly associated with a lack of concern for the opinions or needs of others.
It's a well-studied and globally-prevalent condition that consists of a state of mind that is characterized by belief in total and complete obedience to one’s authority. Those with the syndrome often display aggression toward those not in their group, submissiveness to authority, resistance to new experiences and a rigid hierarchical view of society.
The syndrome is often triggered by fear, making it easy for leaders who exaggerate threat or fear monger to gain their allegiance. President Trump’s speeches are laced with terms like “losers” and “complete disasters” are naturally appealing to those with the syndrome. What You Can Expect From an Authoritarian - Recognizing the 30 traits and behaviors of the authoritarian personality. ARTICLE
2. Social dominance orientation
This is related to authoritarian personality syndrome and refers to people who have a preference for the hierarchy of groups, specifically with a structure in which the high-status groups have dominance over the low-status ones.
They are people who are dominant, tough-minded and driven by self-interest. President Trump repeatedly makes a clear distinction between groups that have a higher status in society and those that some think of as belonging to a lower status; people like immigrants and minorities. Read more...
3. Prejudice
It would be inaccurate to say that all of President Trump’s supporters are prejudiced, but many are. And, he plays on those prejudices by calling all Muslims dangerous and all Mexican immigrants rapists and murderers.
4. Intergroup contact
This term refers to contact with members of groups outside one’s own, which has been shown to reduce prejudice.
The claim is that there is evidence that President Trump’s white supporters have experienced less contact with minorities than other Americans.
5. Relative deprivation
Relative deprivation is the experience of being deprived of something to which one believes they are entitled. It is the discontent felt when one compares their position in life to others who they feel are equal or inferior but have unfairly had more success than them.
Posted by Tartajubow at 7:19 PM