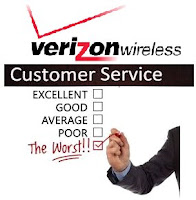 About two weeks ago I lost my new cell phone and called Verizon Wireless to report it. The customer service rep turned on the Family Locator which showed it was located in an apartment building a half mile down the street. As there was no chance of getting it back I had the phone deactivated and my credit card was charged $265 to pay for the lost phone and at the same time an order was put in for a replacement to be shipped via UPS.
The next morning when I went out back of the house to feed the birds there was the phone lying on the deck; it was not a half mile away. I called Verizon to cancel the order, but the phone had already been shipped. Somehow Verizon contacted UPS and had the phone shipped back to the warehouse which received it about 5 days later.
Initially I was informed by customer service that it would take 24-48 hours after they got the phone back for the charge to be removed from my credit card, but when that didn't happen I called back and was told it would take 3-4 days and when that didn't happen I was told it would take 5-7 days.
Finally, after two weeks my credit card was credited for only $16. That generated another call to Verizon and I was informed they had used the $265 to pay off my current phone and the refund was for an installment payment for the new phone that I had already made! I carefully explained that was not what I wanted. I wanted the $265 removed from my credit card and I would continue to pay for the new phone by monthly installments.
Customer service informed me the change would be made and to give it 2-3 days to to show up as a credit on my credit card. When I told the rep that was what I was told last time and it didn't happen, she said it could take 4-5 days. When that didn't happen I made another call and was told give it 5-7 days. When that didn't happen, in another call customer service told me it might take one or two billing cycles!! Not happy with that answer, the customer service person straight up told me she did not have the authority to do anything except write it up.  She also advised that if the charge didn't come off my credit card “in a few days” visit the Verizon store and maybe they could help.
So, that's where I'm at now, still waiting. If the charge shows up on my credit card bill next month I will write a letter to the credit card company and dispute the charge. Verizon wireless customer service people have all been very nice people, but they don't know what they are doing and they have absolutely no power to actually do anything. 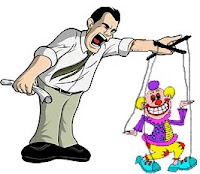 No matter how good a company’s products or services may be, if employees are not given authority to make decisions, the company will have serious problems. This is especially true if instead of giving general direction, the company micromanages its employees.
Micromanaging is a method of management in which an individual closely observes or controls the work of an employee. The result is that efficiency, creativity, trust, communication, problem-solving, and the company’s ability to reach its goals are all hampered. I know. I worked for a company that micromanaged. The solution is to hire/train competent people and let them do their job without constantly looking over their shoulder.


3-6 Followup. Eventually I talked to a very nice lady at Verizon customer service who agreed that I should not be having so much trouble resolving this issue. She promised to take care of it and volunteered to be my point of contact so I would not have to deal with a different customer service representative every time I called. She also promised to followup on my complaint and even supplied me with her e-mail in case there were problems or questions and advised me to give it 5 days.

At the end of 5 days the $265 was still on my credit card, but my Verizon bill showed my account was credited for that amount. As a result, I did not owe them anything for the month and the balance would be applied to my bill the following month. i.e. instead of paying Verizon for the next couple of months, I pay the credit card company.

That is not the solution I was looking for, but it works. I am happy to report that Verizon has at least one customer service representative that actually provides service. I emailed her back thanking her and requested she supply me with her supervisor's email so I can make sure she gets credit for a job well done.

Posted by Tartajubow at 7:06 PM