The Last Flight of the Airship USS Shenandoah 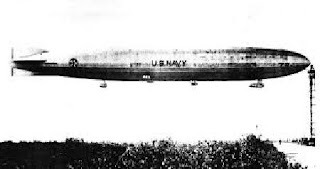 On September 3, 1925, the airship USS Shenandoah crashed in the hills of Southeast Ohio. Fourteen crew members were killed, the wreckage was torn apart by local looters, and the whole disaster foreshadowed the beginning of the end for dirigibles.
The Shenandoah was the first of four Navy rigid airships. It was constructed during 1922–23 at Lakehurst Naval Air Station, and first flew in September 1923. It made the first crossing of North America by airship. On the 57th flight Shenandoah was destroyed in a squall line over Ohio in September of 1925.
In the 1920s, dirigibles and airships populated the skies alongside airplanes. European countries had long used airships for military purposes, so in 1923 the US Navy launched the nation’s first rigid dirigible, the USS Shenandoah. The Shenandoah would be the first dirigible in the world to use helium, instead of dangerous and highly volatile hydrogen. When completed, the Shenandoah was housed in Lakehurst, New Jersey.
The Shenandoah gained notability in 1924 when it completed a transcontinental flight. Due to this well-publicized adventure, the airship, once conceived as a scouting vessel, quickly became more useful to the Navy as a promotional tool. The Shenandoah was scheduled to spend the late summer of 1925 visiting state fairs in the Midwest. It was a mission that apparently did not sit well with the airship’s commanding officer. 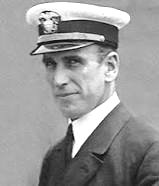 Lieutenant Commander Zachary Lansdowne was from Greenville, Ohio and was aware that late summer brought sudden, severe and unpredictable weather to the Great Lakes region, and when he icded his concerns to his superior officers, they were only partially heeded; the Navy delayed the flight to September, but refused to cancel it.
On September 3, 1925, as the Shenandoah started on the publicity tour, it ran into a powerful squall line that tore it in half. Due to the violent destruction of the Shenandoah while it was still airborne, the ship’s crash site is actually three crash sites. The stern section crashed near Ava, Ohio, the bow section was blown along the wind until it landed near Sharon, Ohio over 2 miles away. The ship’s control car fell near Ava on what is now Ohio State Route 821. Forty-three officers and men were aboard. Fourteen died. 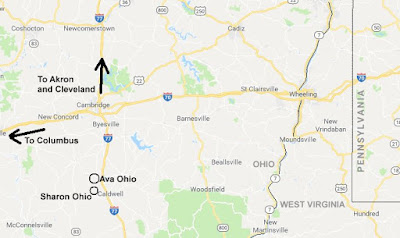 Almost immediately after the crash locals started looting the crash site. Two weeks after the crash, Justice Department agents and prohibition agents conducted a series of raids in West Virginia and Ohio to recover stolen artifacts from the Shenandoah. Among the recovered article were personal luggage of several members of the ship’s crew and a cap said to have been worn by Commander Zachary Lansdowne. 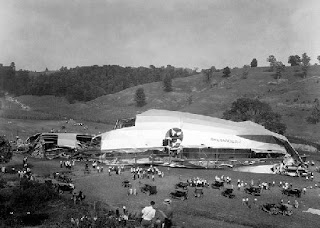