Just Some Random Thoughts On Christianity 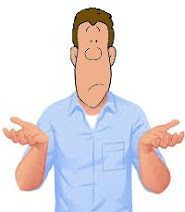 I am surprised at how little some Christians know about the roots of their religion.
Early Christianity developed out of the ministry of Jesus and his earliest followers were initially known as The Way. According to Acts 11, the term Christian (meaning followers of Christ) was first used by the non-Jewish inhabitants of the city of Antioch in reference to Jesus's disciples.
According to the Apostle Paul in Ephesians, Gentiles were not recipients of the covenants of God though they were included. Beginning with Abraham, God made promises to bring a Deliverer through Abraham’s family. The family of Abraham are the Jewish people and it is this promise of a Deliverer that the Gentiles have been grafted into, not the Jewish religion with all of its customs and Laws. Paul's argument was that Gentile converts were grafted into the covenant God made with Abraham by faith in Jesus.
When it comes to baptism, many Christians seem to think that it is exclusively Christian because Matthew 3:6, speaking of John the Baptist who announced the beginning of Jesus's public ministry, says people were baptized by him in the Jordan River. The Greek work for baptism means immersed. So, John was immersing people in the Jordan River.
By the way, the New Testament was written in Greek and the names were Hellenized. John was not his Jewish name. John comes from transliterating the Hebrew name Yohanan.
In Matthew 3 it says many people came from Jerusalem and Judea and all the area around the Jordan River to hear John. Nobody asked John what he was doing when he immersed people in the Jordan...they already knew what he was doing. It was why he was doing it (announcing the arrival of the Messiah) that caused people to confess their sins and be immersed.
Almost every Jewish community has at least one mikveh. Many ancient historical sites in Israel have a mikveh or the remains of one. Jewish law requires that one immerse in a mikveh as part of the process of conversion to Judaism. It also requires women to immerse before getting married and when observing the laws of niddah (menstrual purity). There are also various other reasons, both traditional and modern, why men and women immerse in the mikveh.
In the days of the ancient Temple in Jerusalem, the mikveh was used by all Jews who wanted to enter the Sanctuary. The law required every person inside the Temple grounds to be in a spiritually pure state appropriate to the pristine spirituality of the Sanctuary itself.
Not just any water can be used in the mikveh. It must meet certain conditions and when it does such water is known as living water. When Jesus was in the temple surrounded by worshipers and he cried out, “If anyone is thirsty, let him come to me and drink. He who believes in Me, as the Scriptures said, From his innermost being will flow rivers of living water", he was speaking of the Spirit, whom those who believed in Him were to receive. i.e. The water in the mikveh was sybolic. Jesus referred to the Holy Spirit as the real living water.
Immersion in the mikveh was done naked. This explains why the Apostle Paul, in Acts 16, had Timothy circumcised when in Galatians he had refused to let Titus be circumcised.
Titus was a pure Greek while Timothy was born of a Greek father, but his mother was Jewish, thus making Timothy a Jew. Having a Jewish father and a non-Jewish mother does not make one a Jew. Also, according to Second Timothy, from childhood Timothy had been taught the Old Testament scriptures...his Jewish mother brought him up as a Jew, but his Greek father had not allowed circumcision.
During Paul's second missionary journey Timothy was Paul's companion and so Timothy was circumcised because of the Jews they were to meet in their travels. These travels would have required immersion in the mikveh prior to entering a synagogue and because that was done naked, Timothy's not being circumcised would have been obvious.
For the Jew, Tevilah (full-body immersion) marks a change of status from being ritually unclean (impure or unfit for the presence of God) to ritually clean. This is necessary because anytime a person is to come into the presence of God, they must come pure.
According to the site My Jewish Learning, what physical act could a person perform in order to symbolize a radical change of heart and a total commitment? Is there a sign so dramatic, dynamic, and all-encompassing that it could represent the radical change undergone by the convert to Judaism? Jewish tradition instructs the conversion candidate to be immersed in the mikveh.
When Gentile converts go down into the waters of the mikvah, it is symbolic of dying to their old life and they come up out of the water as a newborn child with an entirely new identity. They are reborn into the family of God.
The Talmud (oral law) states, “When he comes up after his immersion, he is deemed an Israelite in all respects.” In the Talmud Rabbi Yose says, “One who has become a proselyte is like a child newly born.” Thus, we see that the popular Christian term "born again" originated in Judaism.
Summary:
Christians are not grafted into the Jewish religion, but God has provided a way for them to partake in the promises He made to Abraham. And, baptism (and its meaning) is not something new that was instituted by John the Baptist.
Posted by Tartajubow at 12:22 PM