This Could Save Your Life 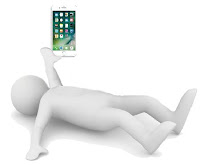 How to trigger Emergency SOS on your iPhone....

Wherever you are in the world, there is likely access to an emergency service for police, medical, or fire help. Different locations around the world have different numbers. Instead of having to know the local emergency service number or waiting to be redirected from the number you've just called you can be directly connected to the emergency number wherever you are using a shortcut on your iPhone. This feature is called Emergency SOS.
In late 2017, a number of memes circulated on Facebook advising iPhone users of a function that allows them to discreetly contact emergency services by pressing the Lock button five times and selecting Emergency SOS. The claim was that Apple iPhones would send a ping to the nearest police station and a police officer would be dispatched immediately to your exact location. As with a lot of information on Facebook, it was misleading and inaccurate.
The Emergency SOS feature in iOS 11 DOES provide a quick and easy way to call for help in an emergency situation, but it does NOT automatically ping local police and so an officer will not be dispatched to your location.
When you access the SOS function, your iPhone can automatically call the designated emergency number in your location. And, after you finish the call, the phone can automatically send text messages with your current location to your listed emergency contacts. It is important to note that you will need to talk to the emergency services just as you would with any other emergency call.
As usual, rather than relying on what appeared on Facebook, users with newer iPhones must upgrade to iOS 11 and they should go straight to the horse's mouth for accurate information...in this case they should read Apple’s documentation and test whether they can access the Emergency SOS option before trying to use it in an emergency. The service may depend on the reliability of local emergency services.
This isn't the first time misinformation about contacting emergency services have surfaced. There was a similar rumor that said if you asked Siri (iPhone’s voice assistant) to “charge my phone to 100 percent” that it would trigger a police response.
These types of rumors have been around since before cell phones. It used to be said that leaving a phone off the hook would eventually trigger a 911 call.
If you really want to know how it works go to Apple Support. It could save your life.

Posted by Tartajubow at 9:08 AM