There are over 180 species of woodpeckers. They are known for pecking on tree trunks in order to find insects living in crevices in the bark and to excavate nest cavities. However, they can also become fixated on pecking on anything. A couple of years ago one decided to hammer away at the metal vent pipe on my roof and before that, one pecked quarter-sized holes spaced about a foot apart down the corner of my neighbor's house. Once they become fixated like that, that are very hard to shoo away. The next door neighbor set a plastic owl out on his patio. It worked...sort of. The woodpecker moved to the front of the house. In my case, it finally gave up and moved on.


Damage to wooden buildings may take one of several forms. Holes may be drilled into wood siding, eaves, window frames, and trim boards. Woodpeckers prefer cedar and redwood siding, but will damage pine, fir, cypress, and others if their favorites aren't available. Natural or stained wood surfaces are preferred over painted wood, and newer houses in an area are often primary targets. Particularly vulnerable to damage are rustic-appearing, channeled plywoods with cedar or redwood veneers. Imperfections in the intercore plywood layers exposed by the vertical grooves may harbor insects. The woodpeckers often break out these core gaps, leaving a narrow horizontal damage patterns in their search for insects. If a suitable cavity results from woodpecker activities, it may also be used for roosting or nesting.


The cost of their damage can be considerable. From 1981 to 1982 the Central Missouri Electric Cooperative replaced 2,114 woodpecker-damaged poles in their system at an estimated cost of $560,000.


Woodpeckers can be found in wooded areas all over the world, except in Australia. The ivory-billed woodpecker was rediscovered in Arkansas in 2006. According to scientists, there may be a second population in the cypress forests of Florida’s panhandle. The red-cockaded woodpecker can be found through the southeast of the United States from Texas to the Atlantic Coast and north to Virginia.


Woodpeckers have bristle-like feathers over their nostrils help to keep wood particles from being inhaled. Their strong, pointed beak acts as both a chisel and a crowbar to remove bark and find hiding insects. It has a very long tongue, up to four inches in some species, with a glue-like substance on the tip for catching insects. But, insects are not all they eat. In 2015, an ornithologist filmed a desert woodpecker as it pecked through the skulls of mourning dove chicks to eat their baby brains! 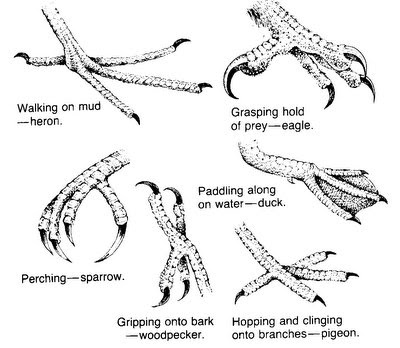 Most birds have one toe pointing back and three pointing forward on each foot, woodpeckers have two sharply clawed toes pointing in each direction (called zygodactal feet) to help them grasp the sides of trees and balance. Many woodpecker species also have stiffened tail feathers which they press against a tree surface to help support their weight.


Woodpeckers live in wooded areas and forests, where they tap on tree trunks an estimated 8,000-12,000 times a day in order to find insects in crevices in the bark and to excavate nest cavities


Some species require very specific conditions for their home. For example, the red-cockaded woodpecker can only live in mature pine forests in the southeastern United States. Some species drum on trees to communicate to other woodpeckers and as a part of their courtship behavior.


Male and female woodpeckers work together to excavate a cavity in a tree that is used as a nest and to incubate eggs for about two weeks. When a woodpecker hatches, it is blind and does not have any feathers. One parent brings food to the nest while the other parent stays with the young. The young generally leave the nest after 25-30 days.


Their head travels at 15 miles an hour and 20 times a second and they peck all the live long day without head damage. In 2016, an engineering professor at MIT demonstrated that a woodpecker's small brain make them resilient against deceleration. Human thrill-seekers on amusement park rides experience, at most, an acceleration that is about six times that of the force of gravity, or 6 Gs. Concussions occur at 90 to 100 G. A woodpecker’s head, when it connects with a tree trunk, decelerates by as much as 1,200 G.


How do they do it? Theories have included: super powerful muscles, a special injury-preventing drilling technique, or a protective placement around the brain, but no one has analyzed the mechanics of a woodpecker's skull in as much detail as Fan Yubo at the Key Laboratory for Biomechanics and Mechanobiology at Beihang University in China.


Yubo and his team found that woodpeckers have developed a nanofabrication and have self assembly capabilities in their cranial bone structure. The woodpecker's cranial bone is strong and has a "plate-like spongy bone" in the cranium, which makes it resistant to deformation. It has a large volume of structures called trabeculae, which are tiny spaces, spaced very close together, in the bone that form a mesh filled with bone marrow. This helps diffuse impact.


A new report on woodpecker brains suggests that they do suffer some damage; they have protein accumulations in their brains that resemble those found in athletes with head trauma. A protein called tau, a normal protein in nerve cells, after an injury will clump up in toxic aggregations. Researchers have found tau in injured humans as well as bears, mice, squirrels and other animals.


In humans this condition is referred to as “punch drunk syndrome” and is characterized by aggression, memory loss, confusion and depression, and it can progress to dementia. Autopsies of football players show “overwhelming evidence” that “prolonged exposure to repetitive head impacts” is associated with chronic traumatic encephalopathy, as it is technically called. Tau aggregations are linked to other neurological diseases such as Alzheimer’s. However, tau itself is only indicative of something not being right and it also accumulates with age.


According to the report 8 of the 10 woodpeckers, including a juvenile, contained tau, but so far that seems to be normal and it does not affects the bird's behavior like it does in humans.
Posted by Tartajubow at 2:55 PM