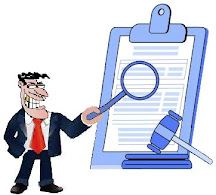 In 1957 it appears that political correctness was not a "thing" because in February that year the world was hit with a new influenza that emerged in East Asia and triggered a pandemic called Asian Flu.
The estimated number of worldwide deaths was one to two million and it is generally considered to have been the least severe of the three influenza pandemics of the 20th century.
By mid-summer it had reached the United States where it initially infected relatively few people, but several months later numerous cases were reported, especially in young children, the elderly and pregnant women. This upsurge was the result of a second pandemic wave that struck the Northern Hemisphere in November 1957. This second wave was particularly devastating, but the rapid development of a vaccine and the availability of antibiotics to treat secondary infections limited the spread and mortality.
In the U.S. Dr. Maurice Hilleman, an American microbiologist then running influenza monitoring efforts at the Walter Reed Army Institute of Research, saw the problem coming and prepared the country ahead of time. “This is the pandemic,” he said, adding “It’s here.”
He arranged for the U.S. military to ship samples of the virus from Hong Kong to his lab in Washington, D.C. where for five days and nights his team tested it against blood from thousands of Americans. They found that this strain was unlike any flu that humans were known to have encountered, so when it reached the United States no one would be immune.
The estimated one to two million worldwide deaths in 1957-58 pale in comparison to estimated 171 million worldwide Covid-19 cases that resulted in an estimated 3.55 million deaths, but it's interesting to note that there was also a rapid development of a vaccine in 1957. Hilleman quickly alerted the government and sent samples of the virus to the six biggest pharmaceutical companies, directing them to produce a vaccine for this new flu...and they did.
Some 20 million Americans were infected and 116,000 died, but researchers estimated that a million more Americans would have died if not for the pharmaceutical companies that distributed Hilleman’s vaccine and inoculated about 30 million people.
Hilleman went on to join Merck where he developed vaccines for more than 40 diseases, including measles, mumps and meningitis. As these illnesses faded from public memory, so did Hilleman, who died in 2005 at age 85.
In spite of the evidence many are still claiming Covid-19 is a hoax and now some are claiming the vaccine is a sinister government plot and it's the vaccine that is the real threat. But, as just noted there is a precedent for the rapid development of flu vaccines!
Psychologists and experts on misinformation are trying to figure out why the pandemic spawned so many conspiracy theories which have led people to eschew masks, social distancing and the vaccine.
What they’re seeing is a link between beliefs in the falsehoods surrounding Covid-19 and those who rely on social media and alternative news sources to get their information.
These conspiracy theories give some people a sense of empowerment and the belief that they possess secret information that others don't have. This gives them a feeling of control in a situation that seems random or frightening.
According to a Pew Research Center survey about 1 in 4 Americans believe the pandemic was “definitely” or “probably” intentionally created. In Europe, dozens of cell towers were destroyed because of bizarre claims that 5G wireless signals were triggering Covid-19. There were also reports of many who died after consuming poisons like fish tank cleaners, that were touted as a cure. Read more
Posted by Tartajubow at 6:48 PM