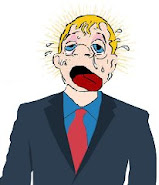 Why do we have to wear neckties? They serve no purpose other than being purely decorative, yet all men either have to or choose to wear them on certain occasions.
Necktie historians generally agree that neckties originated in the 17th century, during the 30 year war in France. King Louis XIII hired Croatian mercenaries who wore a piece of cloth around their neck as part of their uniform. Their neckties served a function in that they tied the top of their jackets, but they also looked snazzy. King Louis liked the look so much that he made ties a mandatory accessory for royal gatherings. He called them “La Cravate” to honor the Croatian soldiers.
The early cravats had little resemblance to today’s neckties which did not emerge until the 1920s. From 1900-1909 cravats were common, but they were tied differently than those Croatian cravats in France. They were tied with a four in hand knot had been recently invented; it’s still one of the most popular knots today. 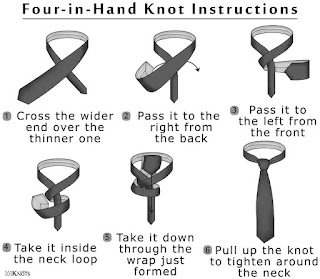 Also popular at that time were bow ties and ascots. From about 1910 to 1919 cravats and ascots were on the decline and neckties began to resemble what we wear today.
In the 1920s a New York tie maker namec Jessie Langsdorf invented a new way of cutting the fabric when constructing a tie, which allowed the tie to spring back into its original shape after each wearing and neckties became the popular choice. Bow ties were used mostly for formal wear reserved for formal black tie functions. 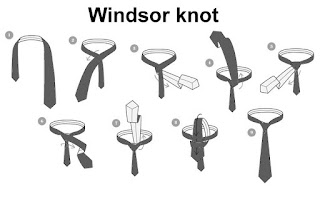 The 1930s saw the Art Deco movement and neckties became wider and often had Art Deco designs. Men also wore their ties shorter and commonly tied them with a Windsor knot. That was a knot that the Duke of Windsor invented during this time.
When WWII ended in 1945 colors on ties became bold and patterns stood out.
During the 1950s the skinny tie emerged and tie makers started experimenting with different materials. In the 1960s neckties went the other direction and became wider...some as much as 6 inches. The disco movement of the 1970s lead to the popularity of the the Bolo Tie (aka Western Tie) which became Arizona’s official state neckwear in 1971.
In the 1980s all necktie styles were popular. In the 1990s neckties became more uniform in width (3.75-4 inches) and bold floral and paisley patterns were popular.
Beginning about 2000 and for the next ten years neckties became a little bit thinner and European designers re-introduced the skinny tie. Today, ties are available in just about any width, pattern and fabric. The standard width is about 3.25-3.5 inches. 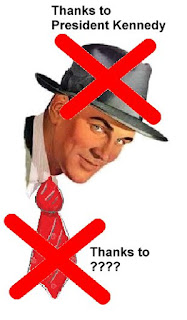 Hats were common for men until John F. Kennedy became president in 1961 and he never wore a hat which set a new trend and they began to disappear.  Maybe someday we will have a president who refuses to wear a necktie and that will set a new trend.
Posted by Tartajubow at 7:26 AM